Are photographs worth 1,000 words? Maybe sometimes

On Thursday, I woke up to photographs of the Chicago Cubs celebrating their much-deserved World Series win. Not “much deserved” because the team hadn’t won in 108 years, but because it was the hardest-fought World Series game I have seen in decades of watching baseball. As hard as I was rooting for the Cubbies, I had to recognize that whichever team won that contest would definitely deserve the trophy. But I digress.

But if you showed someone a lineup of photos taken over the years after World Series victories, I doubt anyone but a fan could recognize which picture went with which win. It’s a scrum of young men in the middle of a field, jumping up and down together. 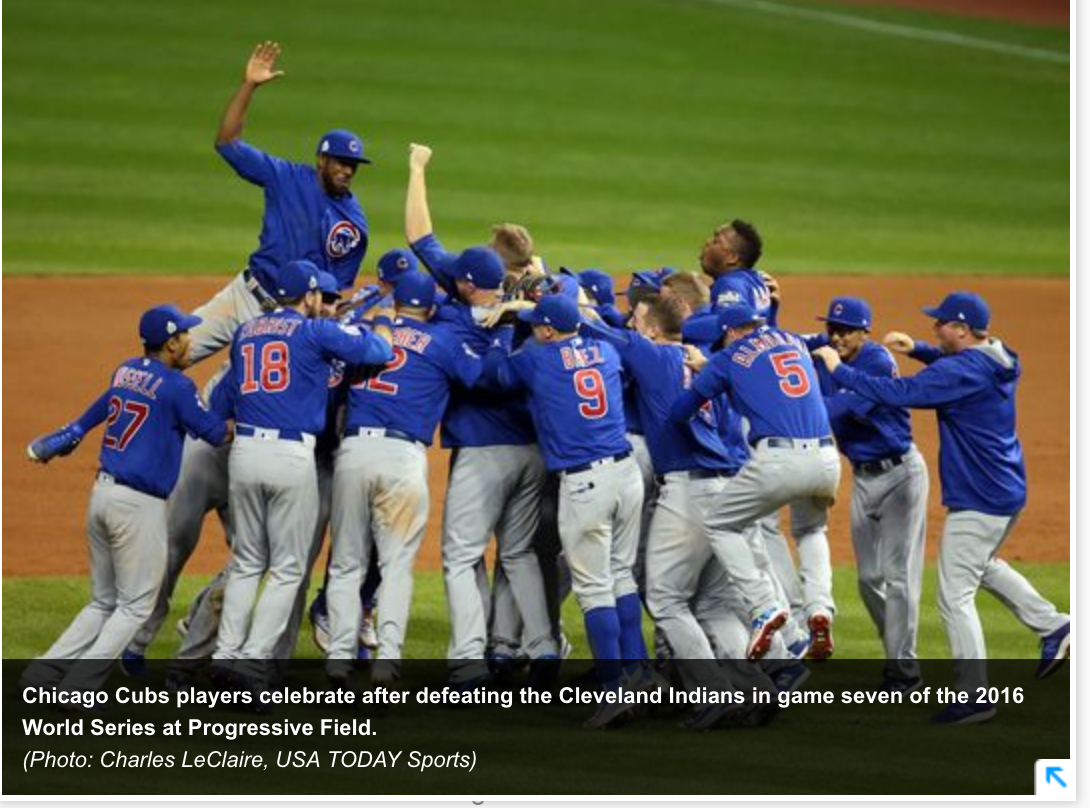 And that kind of made me feel sad for photographers. I mean, how hard is it to give a picture like that personality? Something unique? It’s a generic picture that evokes a generic emotion: collective joy.

They say a picture is worth 1,000 words. But those generic long-shots—no, I think I’d give words the edge there.

To get to personality or uniqueness in a photograph, you need the closeup. And it’s the same thing in writing, only we call that “closeup” a story.

Enjoy these closeups of the Cubs’ win.